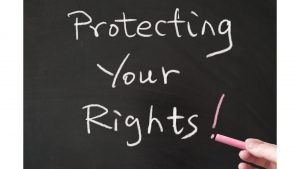 TNR has always been about the freedom of choice of the individual. We may disagree with the decisions of others, but we don’t make them wrong, shame them, or punish them. There is room for differing thoughts in all endeavors. The ability to practice the way of your choosing has always been central to this freedom: your liberties guaranteed and fought for by past generations of Chiropractors.

If you want to be a junior MD or a physical therapist, knock yourself out. It’s your prerogative and your right. If you want to be a principled Chiropractor, the door should swing both ways but unfortunately, it doesn’t. You now have a target on your back if you still believe in Innate and principles. You are an enemy of the people. You are considered quaint and outdated, not getting with the program. Now they’re saying there is no such thing as natural immunity, only chemical, man-made immunity that is profit and agenda-driven is allowed. This is a true maladaptive solution to a non-existent problem.

TNR is non-political. We are dedicated to the freedom of Chiropractors (who have 9 years of college preparation in health) to make their own decisions and advise practice members of that philosophy. There is no force, mandates, or coercion used to convince people that health is different and preferred to fear-based running away from disease and hiding in your basements. A bee wastes no time explaining to or convincing a fly that honey is sweeter.

How can it be that Chiropractors and DCs-to-be are being disqualified because of their refusal to participate in newly invented and untested medical procedures? Some are losing valid licenses to practice. Some Chiropractic Colleges have surrendered to the celebrity disease protocols and mandates, not allowing prospective Chiropractors entrance to learn to become Chiropractors. The distinguished careers of Chiropractors who care for people are coming to an end because of bullying led by medicine, politics, government, and drug profit.

Recently converted Chiropractors are on social media platforms bragging and mugging for the camera at their subservience and acceptance of unjust mandates. Some even go as far as holding their children and babies with their teddy bear band-aids, giving witness to just how far an educated person will go to be accepted by the majority. Who will protect and stand up for the next generation?

We at TNR acknowledge it’s everyone’s right to decide on a personal basis. It’s simply not a state, church, or governmental issue. It’s an individual’s choice. The true crime spoken here is that a 9-year educated person should know better. They shouldn’t cave and abdicate their thinking to public officials who have no experience in anything except disease.  In an interview, I was asked about the future of Chiropractic. My answer then was the same as it was decades before. It will always be upheld by a tiny group of warriors. These warriors will protect the rights and liberties of those individuals who believe in the body’s Innate Intelligence rather than the profit and agenda-driven cures that are being foisted on people.

To learn more about TNR, click on the button at the top of the page to set up a free consultation with me.

← It All Starts With You!Is It The End Of The Road For Some Chiropractors? →