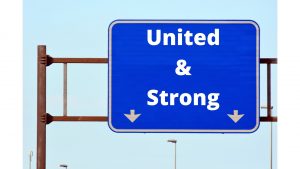 Everyone has a right to choose how to practice. That’s a freedom that goes both ways. It’s not my function to convince you how you should practice, but to guide those Chiropractors who choose to see kids, difficult cases, and acute and wellness care, inside or outside of insurance.

Where do you stand with all of this mass hysteria? Do you agree with what politically and profit-driven ‘health leaders’ have told you? Or are you still on the front lines helping your people stay healthy?

How does it feel being shamed by laypeople who don’t know anything about health? You have 9 years of college education aimed at helping people regain their health, not fight against disease. See, you need to have love and compassion for people to put up with their assaults. A popular saying in the bible says forgive them for they know not what they do.

Using the same technology to avoid disease as people did in 1918 (masks, gloves, keeping people isolated) is never a good idea. Chiropractors were there also saving thousands upon thousands of lives, but that was a very inconvenient truth because Chiropractors aren’t part of the disease cartel. You’d be surprised to find there are many sane people who are looking for something proactive and preventive that they can do now and in the future to keep their families healthy.

If you are more interested in a business model that routinely places profit before the best interest of people, you will be exposed and people will either not visit you or will only do it in a pinch.

Are you a follower and not a leader, whose commitment to people dries up when the profit dries up? Do you offer people a conditional commitment as long as there is something in it for you? Are you already searching for the next income-producing opportunity to bail you out? If so, you need to stay in hiding and leave the heavy lifting to the brave, all-in Chiropractic warriors.

If, on the other hand, you are humanitarian-based and never place profit or deception before peoples’ best interests, you can see the silver lining or opportunity to help those people with open minds safeguard their health. Don’t stay in hiding. Your community needs you, our profession needs you, and the world at large needs people who don’t agree with craziness just to be accepted. A humanitarian Chiropractor earns their considerable economics as an effect, not a cause, of being in service to people.

In WW2, as well as many other times throughout history, fascist regimes would routinely round up any dissenters of the regime’s doctrines. These doctrines, of course, included health. These dissenters included doctors, scientists, and scholars who were imprisoned or killed. Some things never change.

Being a health leader in your community takes guts and the ability to remain in your lane with an opposing view to the majority of the uninformed. You will probably be attacked via social media.

Since when has it mattered to you what medical people and scientists say about you as a Chiropractor who sees kids, difficult cases, wellness, and handles both acute and chronic cases? Just because the world stands united in this war against disease why do you even consider joining them?

Stay in your lane. Health is your world, not fighting against disease.

You have the world’s greatest gift of removing interference to the most powerful intelligence and power on earth; so don’t participate in a parade for the uninformed.

If you’re ready to stand up for health, click on the button at the top of the page to set up a free consultation.

← The Hidden Factor That Drives the EngineAn Unexpected Call →