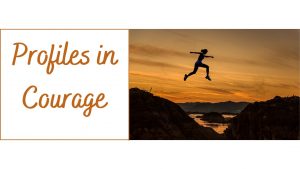 Dr. Kevin, you need to do a Ted talk 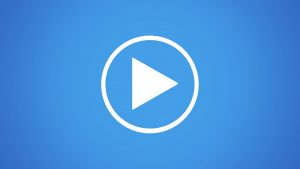 Every era in history has had a repository or temporary holding place for what was valued during that time. The things held in these repositories are considered contemporary for the time, thought to be true, are intended for the masses, and must be high in entertainment and emotional points. Examples are Lassie, Gunsmoke, Mission Impossible, The Brady Bunch, All in the Family, Bill Cosby, Batman, The Partridge Family, etc. They weren’t true; they were just considered normal or mainstream and chock full of mores and values that were foisted on people of that era. Other examples are: the world is flat, smoking is good for you, there is no such thing as birth trauma, racism mandated by society to perpetuate the inequality of minorities, war, use of nuclear force, Reservations, disease myths, and wearing masks to participate in a politically and medically driven coercion and perversion of the truth. Can’t you feel the sense of here we go again with the latest kick at the can? You won’t find Dr. Kevin in these venues. It’s by decided intention, not by omission.

Since 1977 with Dr. Joe Flesia and Dr. Guy Reikeman, Renaissance has stood for excellence, humanity, and ground-breaking thought about how to run a once-in-a-lifetime office, regardless of the restrictions, laws (some states still had provisional licenses where you had to practice under a real doctor), and what Chiropractors thought about it, i.e. popularity.

It was never and is never about popularity.

As with any group or team, when you drop the requirements, make it easy and convenient, and let too many in, what it stands for suffers or degrades into standing for nothing at all.

Other groups and coaches have come and gone and have made their mark by giving Chiropractors what they want in a cookie-cutter, one size fits all format. Today it’s mostly centered around social media. Yesterday it was the Yellow Pages and Killer Ads. Something they can buy, not something that must be earned.

You won’t find truth in what’s convenient or popular. You can’t buy the truth. It exists with or without your understanding, belief in it, permission, etc. What the majority of any age believes to be true is much like any other social construct like the horizon, you can never get there. The truth is available to all. Nobody has cornered the market or can hog it. If you have a practice member with a particular disease and they are going to die, what kind of a car you drive will not help them. How many social media followers you have won’t protect them.

Say you wanted to protect yourself. A metaphor for this is getting a gun because everyone can pull a trigger, no training or effort is needed. A different type of decision is to be trained in martial arts. As an added benefit, it means you feel safe all the time, will have confidence and can protect others but it had to be earned. The minute you pull the trigger of a gun, you will find yourself in court or in jail and the guilt arising from the incident will never go away.

Another example is steroids. To say they don’t work isn’t true. They work initially and then cannibalize the person to the death. Something that seemed like such a good idea at the time turns into a nightmare. Short-term solutions always create long-term problems. From drugs to pollution, the next generation will always pay the price of a short-sighted solution.

Easy is not always the best way.

People who just want the quick, easy way out of all problems just won’t commit to a true solution. Look at your practice members if they have to pay out of pocket. They will complain and turn to the jury of public opinion (social media) of the low resonating majority. The discerning minority have no issues with paying out of pocket. People who are looking for short-term, easy-care keep pestering you and asking when are they going to be done. This starts after the first visit. Good luck with that person and the others like them!

As with training Navy Seals, the time intensiveness required dissuades most from ever attempting the task. The same thing prevents Chiropractors from venturing into TNR shores. Once-in-a-lifetime Chiropractors are rare. If you find one, your problems are over. If they can’t find one in their neighborhood, some practice members will actually fly thousands of miles or drive hours to receive care.

Isn’t it so counterintuitive?

Before 2000, most Chiropractors had been touched by Renaissance. There were videos, patient education products, posters, pamphlets, office procedures, and, most of all, the guiding light of the Big Vision.

Today, Chiropractors strain their ears, wrinkle up their faces, and say, “I think I’ve heard of Dr. Reikeman. Did he have any videos on YouTube when he was living?” When corrected about the fact that he is still living, they are not impressed.

And so it is with the less discerning Chiropractors that believe what is relevant now is the benchmark of importance as if history started with their birth. A few of the kids that I coached on youth hockey teams made it to Division I and the pros. I could predict who would make it not on skill, ambition, drive, who had a respect for the mystery of the game, not just what the game could do for them.

If you’re done searching for all the fools’ gold out there and want to be developed from the inside out stop accepting substitutes and imitations and let's get at it.  There’s work to be done!

Click on the button at the top of the page to set up a free consultation. I'm looking forward to talking with you.