This is a Head-to-Head week

Due to the Sacred Relationship Experience being postponed again and the absence of live TNR training events, at least 3 members (maybe even a 4th) are doing Head-to-Head training this week. Some members are accepting great hardships to travel in the effort to not allow their training to lapse or be compromised because of the mass hysteria. These sources of hardship are mostly from inner-circle people that just don’t understand the significance of training, especially in light of current circumstances. I'm not a bible thumper but I have always loved the saying, "Forgive them for they know not what they do." Now more than ever you need help to stay strong in the face of all of those masked adherents to disease! If you need my help this week outside of your coaching calls, call TNR & ask Dr. Julie to schedule a time for you.

A quote from George Orwell

“The further a society drifts from the truth, the more it will hate those that speak it”.

Stay in your lane. Don’t get sucked into commenting to Below the Line people about politics, the video censoring on social media platforms, or the ‘selling of health for a price’ to people that don’t know anything about health, only disease. Stick to what you do, not commenting on what others do. Whether it’s spraying for mosquitoes, no safety belts for the kids on school buses, or developing outside in solutions, it has always been done with science influenced by money, not particularly what’s good for people. Speak to people who still have the courage and heart to listen to what’s best for them, not doing what others not in the know are telling them. 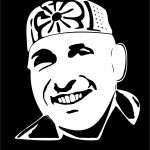 What do you do when you don’t have the answer? You listen to others that don’t have the answers but they have the money, the political platform, and the acceptance of a society that allows professions of supposed honor, like doctors, lawyers, and scientists, push them around like puppets. They are supposed to look out for the people they serve and instead they use them to make a profit. TNR members have been assaulted to the highest degree by the current mass hysteria. It attempts to question and undermine your 9 years of college education and all of your TNR training. Is Chiropractic essential or non-essential? Is it for only back pain or to remove interference from the perfection within? Just examine any part of your understanding of raising children and you will get incredible pushback from your parents, in-laws, spouses(?), etc. Even not knowing anything about the chemical, biological, and genetic consequences of injecting under-tested substances into their bodies, that’s what the rank and file do. It’s what you do when you don’t have the answers or solutions, no questions asked.

The first thing that all of the corrupt, fascist regimes throughout history have done was to round up and remove the potential dissenters or people that would question the doctrines of the regime. The first to go were college professors, doctors, lawyers, musicians, artists, etc. The rest of the rank and file would do what they were told so there was no need to worry about this group. Speaking out against a regime was a death sentence for you and your family. When I see masks I am reminded of the silencing of people at all costs throughout history, even if the actual methods were completely useless or, worse yet, were killing people, oppressing people, or polluting the earth. Mandating and taking choice away are the first steps toward removing freedom and liberty and allowing democracy to be more of a dictatorship with unrivaled power and authority.

Cassius Clay, now known to the world as Muhammad Ali, was scorned and ostracized for refusing to serve in what he believed was an unjust war (Vietnam War). This was in the late sixties and segregation and racism were alive and well. He was characterized as how all people of his race were, unpatriotic. He was one of the most hated figures in America at the time; not quite up there with Abe Lincoln, but in the same zip code. He was stripped of his title and faced a large fine and a long prison service. He gave up the world’s most prized possession for his convictions of being a consciousness objector and not serving in the war. All of his people advised him to just go along with it, serve a few years of light duty, and then get back to the payday of being the US boxing champ. He would have none of it. Lots of others refused to serve in the war and took more circuitous routes to not serving; they based it on nothing else but to save their own skins. If you are not seeing this to a lesser scale in our profession today, do a cleansing of all past issues of TNR happenings. He thought it was an unjust war and chose not to participate. It was a choice, not an evasion. He was for something, not against something. All the draft dodgers who hid out in colleges or fled to Canada ran away rather than ran towards something of conviction or value. Since his stand, he has become one of the most revered men in history worldwide.

When you don’t have the answer, you listen to what you’re told and comply, no questions asked. Those who spoke up against the current regime and dared to say the world wasn’t flat or the emperor didn’t have any clothes on, have been treated to death, banishment, imprisonment, and other strategies aimed at getting them to fall back in line with the rest of the herd. Even if it doesn’t fit into the science and pharmaceutical infrastructure, what if Chiropractic is what everyone is actually looking for? Do you think those in power would go for it or, because of their paradigm blindness, would they continue to push dangerous, criminal, irresponsible solutions on a world of unsuspecting people who don’t have the answer and will do what they are told?

What would you put your life on the line for? How far do you go until you fall back in line in service to your practice members? Insurance companies force you to have the same lack of integrity that fuels MDs and scientists. Think of that. Pay-for-play at it’s finest. How about when the board targets you? How about when your economics are challenged? Here you will find out real fast what your priorities are. Sometimes it’s not the most accepted concept or idea, the most convenient, or the most popular. Know in your heart of hearts that it’s the right thing to do, not what you are commanded to do by people who are not in the know. TNR is the hero’s journey, the path of the humanitarian warrior. 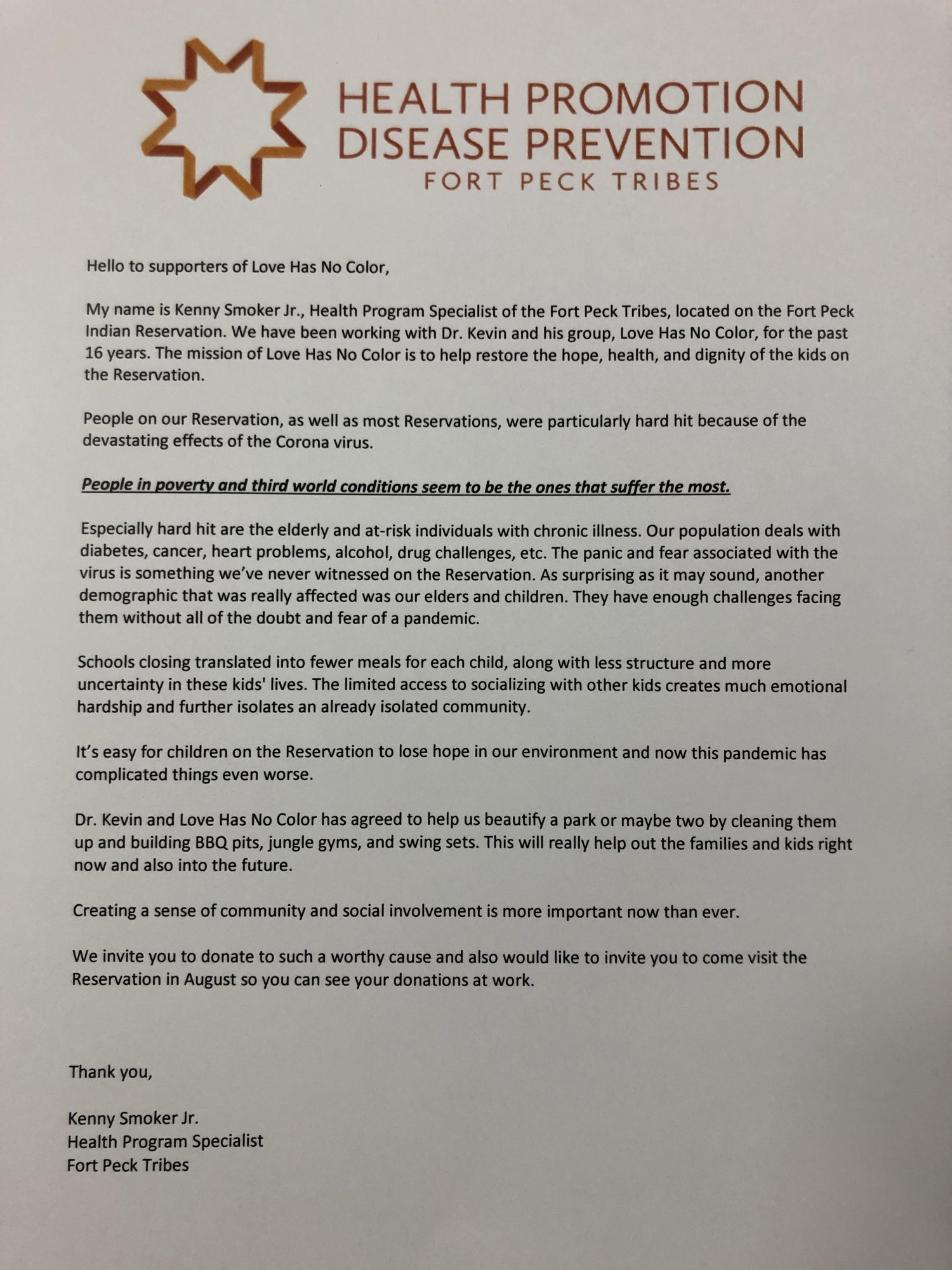 Make sure you share the above letter from Kenny Smoker. With over 200 employees, Kenny is more and more difficult to reach and letter writing is way down on his list of priorities, especially with the Coronavirus in full force on the Reservation. Post the letter in your office as well as online. Have the LHNC fundraising updates from Dr. Kevin playing in your office. Display the picture books from previous years. Set up a donation kiosk. There is a very narrow window for fundraising this year and we have lots of obstacles to overcome. Refurbishing the parks and buying the food for 150 families are especially important this year. Don’t accept no from people. It's so easy to say we’ll be back next year. It’s not the TNR way. For hundreds of years, next year never comes for Native Americans. Empty words and broken promises are what they've heard and seen. It’s our time to shine with record donations to really spread some joy on the Reservation. Some large donations would certainly go a long way! 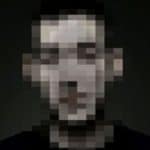 Question 1: There is a DCME in my family and I’ve been contacted to help. The sticking point is money. You always speak of caring for a few exceptions. Does this qualify?

Answer: Working with family is a nightmare. I am cringing as I answer this. When the value is not recognized or spoken for, the gift is without meaning. Your clinical results will plummet. You will also feel a resultant regret or resentment when your gift isn’t valued and your expertise, time, and effort go unrecognized or even mocked by the non-believers.

Question 2: I am looking to build an addition to my house and I may be in the position to barter with a DCME patient. Should I? I think I know what you’re going to say, but here goes.

Answer: Keep it as cash, credit card, or check. Lots of things can go sideways when bartering. One person always is jealous and envious of how easy it is for the other person. Keep it straight and then you can purchase whatever service you desire.